It’s Time to Get a 3d Printer

You are probably hearing a lot about 3d printing during the COVID-19 pandemic. Colleges, schools, businesses and even boys scouts are using 3d printers to make n95 masks, face shields and parts for ventilators. If you had a 3d printer at home, you could be making your own Personal Protective Equipment for your family and friends right now and perhaps for front line medical workers.

Beyond the current state of emergency, you could be using your 3d printer to make things to help kids learn fractions, physics, art, and just about anything else you can think of. It can print toys, games, tools, and even parts to make furniture out of cardboard. Whatever you are passionate about, whatever your interests are, the files to print are freely available online.

When we started getting 3d printers in our pilot technology center, I felt out of my league. While I had read a lot about 3d printers, I was intimidated at the idea of actually using one and I had no idea what I would ever print or what was even possible to print. I took a good look at the rather simple looking machine and the reel of filament which looked like a large spool of weed wacker line.

A full week went by before I found an excuse to use it for the first time. I had brought in a water cooler to the office that was missing a plastic part. I tried to order a replacement part and found it was no longer in production. Then I realized the part was made out of similar plastic as the filament of the 3d printer. So did a quick search to see if I could make a 3d printed part from an online picture of the part.

I was surprised to find out that someone had already done a scan of the part because theirs had broken and they figured they could 3d print it. They uploaded the file to thingiverse.com. All I had to do was download the file and send it to the printer. One hour and twelve minutes later, I had the part in my hands and installed it onto the water cooler.

While on thingiverse.com, I found hundreds of things I wanted to print. Things to hide wires, toys and gifts for friends, tools, brackets for shelves, and things to print for customers. I could get lost in it pretty easily. I thought, everyone needs a 3d printer. They just don’t know it.

It didn’t take long for the youngest of 3 sisters visiting our tech center to decide what to 3d print first. This 7-year-old was going to print a unicorn. She quickly scanned the hundreds of options on thingiverse.com and found the perfect one. Within minutes she learned how to unload the orange and load the purple filament and then sat quietly entranced while the 3d printer hummed away, layer-by-layer, and spun her perfect unicorn.

Most people don’t know there are desktop 3d printers that are cheaper than an XBox or PS4. They are cheaper than a lot of smart phones. For $299, you can get the same 3d printer we use the most at our tech centers. I’ll write more about how they work and what to look for when buying a 3d printer in another article. Today, I simply wanted to make a case for why a 3d printer should be your next small appliance and considered as a gift for graduation, house warming, major birthday, and other gift giving occasions.  #21stCenturyUtility #BCTech #friendsWithTech 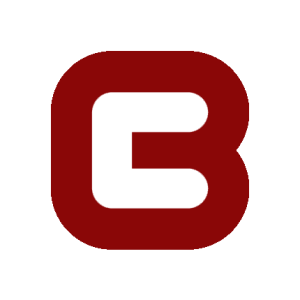